I’m just tired of everything... even the echoes.
There is nothing in my life but echoes...
Echoes of lost hopes and dreams and joys.
They’re beautiful and mocking.

In time,
everyone fades away,
transfiguring into
echoes that latch
onto our memories
and bleed our hearts dry.

Barbara Garay, Beneath the Surface: A Book of Poems

Echoes is a game about atonement or damnation.  A game about fear and the obscure and resilience in the face of adversity both physically and mentally.  You will explore the suppressed and repressed aspects of your mind and either project them into your new reality or deny them by projecting them into others.

You are a lone soul lost in a mysterious town searching for what remains of a loved one who has long since gone beyond the world.  Mysterious creatures roam the mists surrounding the city, turning it into a cage, and supernatural forces rule over the streets and alleys.  The echoes of your past latch onto you and challenge you at every turn.

You are without hope.

Maybe if you survive, you'll learn something about your true self.

Echoes is a solo journaling game where you write or record your story, using only a six-sided die and a deck of cards which provide prompts to get your mind engaged. You may get attacked during the night, recall memories from you and your loved one's past, or answer deep questions about your own morality.  Echoes is deadly--but you can also add a block tower to make the deadly even deadlier.

Disclaimer: There are themes of death, gore, violence, loss of agency and mental degradation that some players may find disturbing. Discretion is advised.  Themes are heavily influenced in horror genres such as Silent Hill and Resident Evil.

In order to download this game you must purchase it at or above the minimum price of $3 USD. You will get access to the following files:

Support this game at or above a special price point to receive something exclusive.

If you're in need and can't afford a copy of the game, help yourself to a community copy.  Every sale contributes more copies to the pool:

This game was an amazing experience. I will play again, this was amazing.

I'm so glad, that warms my black heart <3

Intense and exciting and tragic and excellent. The impending dread of each turn and the desire to discover what is to come is gripping.

Thank you, so, so much.  This was my first project I had the guts to release to the public.. I am so glad you enjoyed it <3 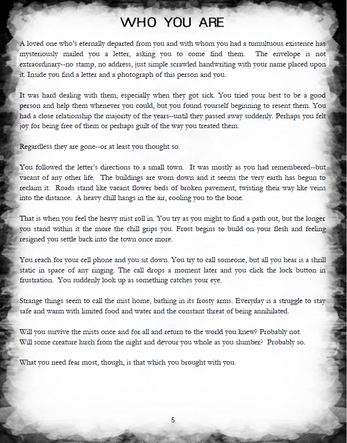 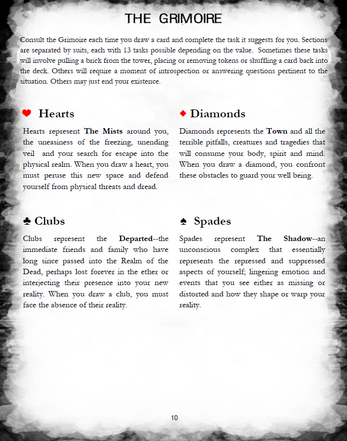 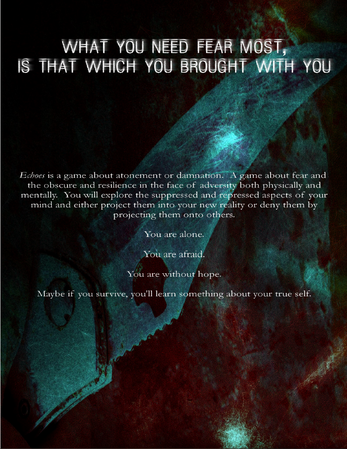